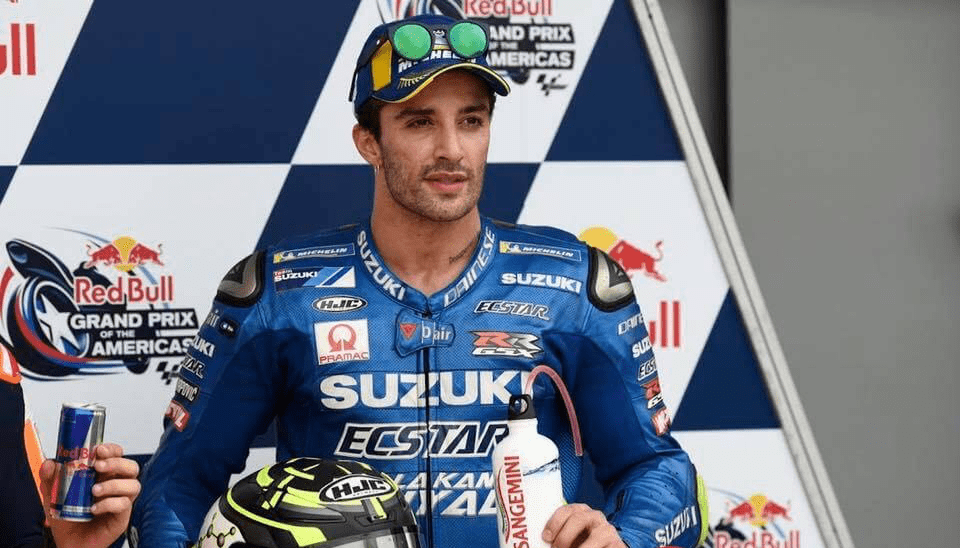 ANDREA IANNONE: EVERYTHING ABOUT THE ITALIAN BIKER!

Since childhood, he shows his extremely competitive side and love for the two wheels.

Graduated as a mechanical expert, he decided to turn his passion for motorcycles into a real profession.

His father decided to sell everything in order to dedicate himself completely to Andrea in what would have been his profession and reason for living.

The first races on the track date back to when he was 15 years old. Andrea raced both in the Italian speed championship and in the Spanish one, riding the Aprilia.

However, his first appearance in a World Championship came the following year, in the 125 category.

By his own admission, the first times didn’t go very well because he started off badly and very often fell, because of his excessive desire to excel.

After five years from his debut in Moto 125, he moved to the Moto2 category with SpeedUp, achieving 3 wins and 8 podiums. All this will allow him to close the season in third place with 199 points.

The turning point comes in 2013 when he makes the big leap in MotoGP at Ducati Pramac Racing for two years, then for two more at Ducati Team and then in 2017 to join the Suzuki Ecstar team.

In 2019 he returns to drive an Aprilia, joining the Aprilia Racing Team Gresini.

His best MotoGP result dates back to 2015 in the Ducati period when he finished fifth with 188 points.

The 2019 season is not a happy one for the Abruzzi rider, due to a doping charge that sees him disqualified from motorcycle racing for 1 and a half years. In fact, following a check carried out on 3 November on the occasion of the Malaysian Grand Prix, the rider tested positive for drostanolone. Although it was confirmed that the intake was accidental due to a food contamination, Iannone was still penalized until June 2021. The defence will appeal to the Tar.

In addition to his profession, Andrea Iannone has often ended up in the newspapers in the pink news sections. Numerous flirts have been attributed to him.

Some officially confirmed, some not.  Among all, those with Belen Rodriguez and Giulia De Lellis stand out.

Both the love stories had a similar ending. In fact, both the beautiful Argentinean model and the equally beautiful Roman influencer, after the flirt with the pilot from Abruzzo, returned with their respective ex flames: Stefano De Martino and Andrea Damante.

The biker is currently in the middle of a new liaison, with model Cristina Buccino. The news is going crazy on the web following the continuous sightings of the two between Lucano where Iannone lives and Milan where the Calabrian model lives.

Will she be the new flame of the pilot from Abruzzo?

Check out our products: https://woolfid.com/shop/

‘Super Speed Cameras’ in France will be tripled