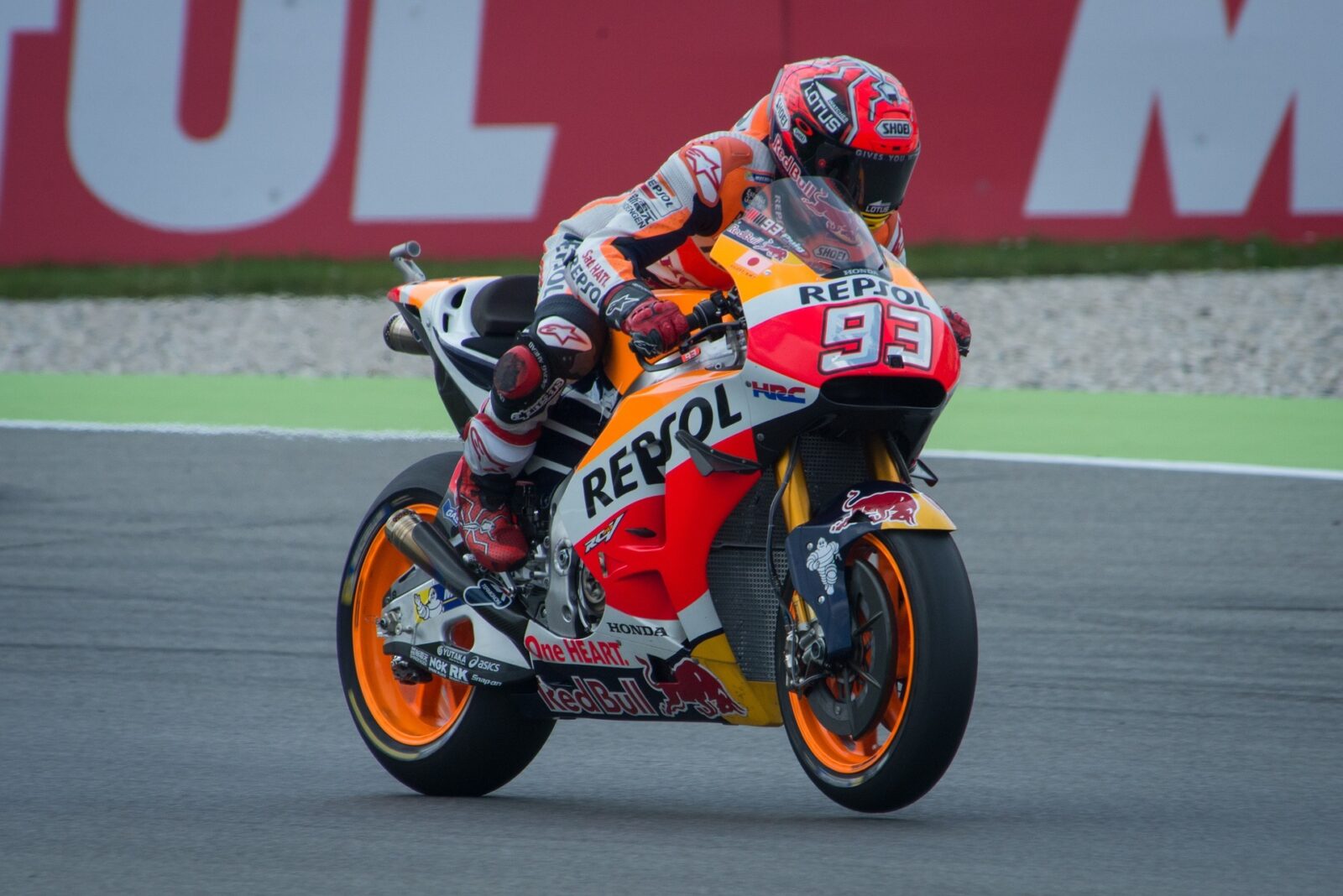 Would you like to know everything about El Cabroncito?  This is the right place for you!

Marc Marquez was born in Cervera, Catalonia, on February 17, 1993. He started as a child to drive “motorcycles”.

In fact, he was only 6 when he began his career, competing in minimotos or motocross. At the age of 11, he arrived second at the Catalonian championship.

His debut in a World Championship, in the category 125, happened when he was only 15 years old.

After two great championships as deb, he won the first title in 2010 with 310 points, racing for the team Red Bull Ajo Motosport, in the category 125.

In 2011, he moved to the Moto2 category, competing for the CatalunyaCaixa Repsol team, riding a Suter MMXI. The first races went not as expected, he fell a couple of times and obtained zero points.

After this disastrous beginning, he won the French Grand Prix at Le Mans. Many victories followed that, such as Catalonia, Netherlands, Italy and Germany.

At Philip Island, Australia, he had to deal with a penalty, due to a rear-end collision with a Thai rider, Ratthapark Wilairot, during the cycling competition. He had to start from the last place on the starting grid but he arrived third, proving to be very talented.

This season he ended up with a second-place and 251 points.In 2012, the first and last victory in this category, with 328 points.
Marquez raced for the same team as the previous year, winning in Qatar, Portugal, Netherlands, Germany, USA, Czech Republic, Misano, Japan and Valencia.

In 2013, Marquez took part in his first MotoGP race, as a member of the Repsol Honda team with Daniel Pedrosa.

In this season he established two records: he was the youngest pilot starting in the first place at the starting grid (20 years, 2 months and 3 days old) and he was also the youngest biker to win a Grand Prix in MotoGP.

He won the title even though he was penalized in Silverstone after he fell and he almost hit Cul Crutchlow and some marshals that were helping him. This episode cost him 2 points on his license but not the title.

In 2014, he won for the second time the title, this time also in advance, after winning 10 races in a row. From 2016 till now Marquez won the MotoGP every year.

He was called this way because at the begging of his career, he never gave up and he always overtook his opponents on the finish line.

The name was chosen by Guido Meda, an Italian sportscaster. Marquez was not at the center of many flirts but his recent break up with the beautiful Spanish model Lucia Romero was all over the newspaper the past months.

Who will be Marquez’s new flame? But more important will he win the MotoGP in 2020?

Did you give a glimpse into Marquez’s career, now let us know what you think about the Spanish champion!