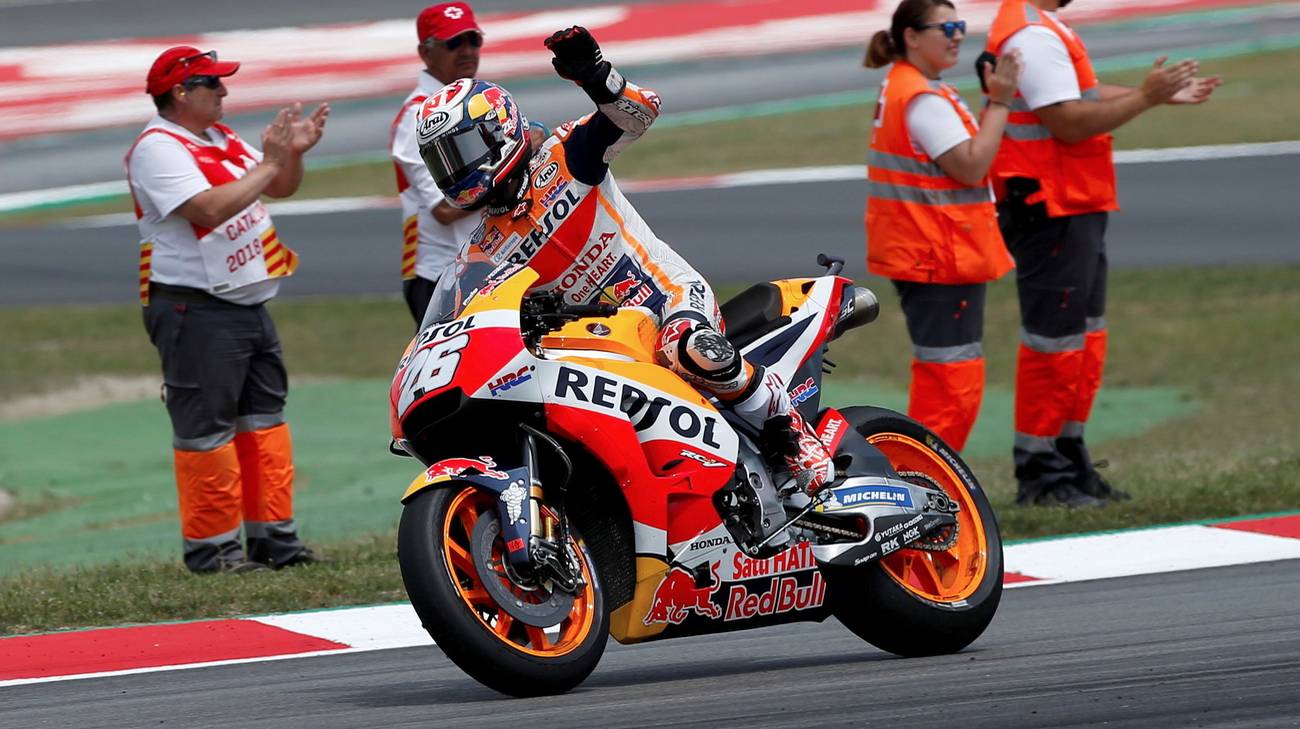 Daniel Pedrosa was born in Sabadell, Catalonia, on 29 September 1985.

Daniel started his career winning a minimoto championship. This soon led him to a national competition. After arriving second to the Spanish motorcycling competition, he raced in a Honda mono-brand competition which he incredibly won.

Therefore Honda decided to bet on this promising talent. In fact, in 2001 Daniel Pedrosa began his adventure in the category 125cc, riding a Honda RS 125 R. He conquered the 8th position and won the title Rookie of the year.

In 2002 he gained the third place with 243 points. In 2003, instead, he conquered the first place even though an injury to both of his ankles, which threatened his career. In fact, he skipped both of the last Grand Prix.

In 2004 he moved to the category 250cc where he established numerous world records. In fact, he was the first pilot to win a 125cc championship and straight after that a 250cc championship.

At the age of 19 years and 18 days he became the youngest pilot to win the 250cc championship.

He won again in 2005 with 309 points in particular with 55 points over his direct competitor Casey Stoner.

MotoGP: where his misfortune began

In 2008 his misfortune began. In fact, during the Catalonian Grand Prix, he broke his index and he had an ankle sprain. Therefore, he couldn’t take part in the following competition.

Despite his bad health condition, he obtained the third place in 2009.

In 2010 he fell a couple of times. The worst one was during trials for the Japanese Grand Prix, he broke his collarbone. This accident forced him to go back to Spain for urgent surgery. Anyway, he managed to end the competition in second place.

2011 was definitely not Dani’s year. In fact, during the French Grand Prix, he fell again and broke the right collarbone. The unlucky rider had to skip a couple of races, but he ended with a fourth place.

In 2013 he missed the German Grand Prix because of a concussion. This episode provoked him decreasing of blood pressure and problems to the vagus nerve.

Because of compartment syndrome, he had to undergo surgeries both in 2014 and 2015.
In 2016, he broke again his right collarbone, which forced him once again to a new surgery back in Spain.

2018 was an unlucky year for Dani Pedrosa. He was involved in two accidents in two different Grand Prix, in one of them he had a fracture that led him to undergo a new surgery. This was the last year of his career as a pilot.

This unlucky pilot, despite all of his health issues, stood on the podium six times.

At the end of the motorcycling season in 2018, he also obtained the honor to be on the Hall of Fame of the Motorcycling World Championship.

What about you? Did you know about all of Daniel Pedrosa’s misfortune? If you liked our article about the unlucky rider stick around for new articles!