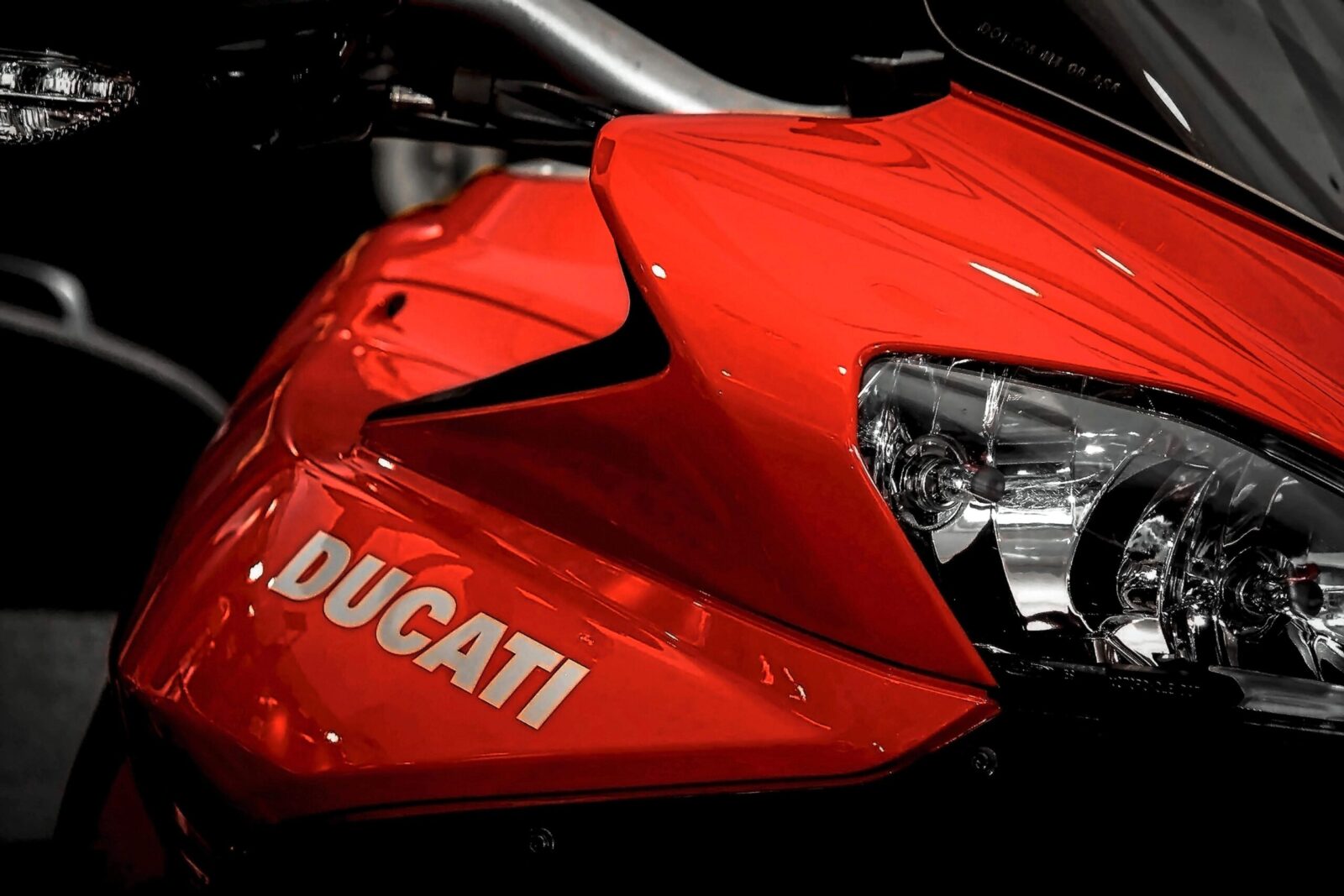 Ducati: a century of motorcycle history

For true lovers of two wheels, the color red means only one thing: Ducati, a century of motorcycle history, 100% Made in Italy.

But how and where was born one of the most important and beloved car manufacturers in the world?

The Ducati family. Antonio Cavalieri Ducati and his sons Adriano, Bruno and Marcello

When talking about Ducati, we have necessarily to start from Antonio Cavalieri Ducati.

In fact, Ducati’s history begins in Bologna in the second half of the 19th century in the middle of the industrial revolution.

In that period, the industrial engineer Antonio Cavalieri Ducati, born in Comacchio, moved and gained fame in the city of the two towers.

However, the main character of our story is not him, but his three sons Adriano, Bruno, and Marcello, who founded the homonymous company in 1926.

The roles of the three brothers within the family business were well defined:

– Bruno was in charge of design and construction management;

– Marcello looked after the staff.

– While Adriano managed the entire scientific and productive department.

However, the damage suffered during the second world war did not allow them to continue to run the company in a profitable way.

So, in 1948 the property of the company was sold to some state holdings and the lives of Antonio’s sons were divided:

– Adriano moved to California, where he collaborates in the realization of the space program that brought the man to the Moon.

– Marcello created a company in Milan, dedicated to the production of automatic gates.

– Bruno, also in Milan, founded a company that still deals with real estate.

Finally, the death of Bruno in 2001, marked the death of the last member of a family whose name still lives thanks to the company’s name.

The very first headquarters of the company was located in the very center of Bologna, in Via Collegio di Spagna 9.

However, the company moved soon just outside the city center to Viale Guidotti 51, and finally, in 1935, to its current plant in Borgo Panigale.

Ducati. A wide range of products

Actually, in the beginning, Ducati had little to do with the world of engines, is rather linked to the radio world.

As matter of fact, after the intercontinental success obtained in 1924 by Adriano, the “Società Scientifica Radio Brevetti Ducati” was born.

In fact, in the narrow laboratory of 1926, the Ducati brothers began their first production and commercial activity.

They created a sophisticated electric capacitor, with the size of a two-euro coin.

That small capacitor became the DNA from which the almost centennial history of Ducati has sprung.

The success was enormous, and soon the company added more and more sophisticated and compact models of mica electrolytic capacitors.

However, the Ducati brothers’ production did not comprehend only around capacitors.

In particular, in times of war, in the catalog there were many other items.
Such as:

– “Duofono”, one of the first communication systems between offices

Finally, a range of devices deserves a special mention, such as field phones and radio and optical equipment for the military.

The development of the production side also favors an increase in the number of employees.

The company becomes a point of reference not only in Italy but all over the world.

Not surprisingly, Ducati became famous for being the most important industrial reality in Bologna in the 1930s.

Ducati. A success story in the motorcycle world.

Ducati’s motorcycling adventure officially began in March 1946, when production of the Cucciolo began.

This is the first two wheels product made by the Bolognese company.

However, it was 1953 that marked a decisive turning point.

In fact, that year Ducati decided to split the company into two large divisions:

– Ducati Elettrotecnica, destined to operate in the radio and electrical equipment sector

– Ducati Meccanica, dedicated to the sector of diesel and marine engines and motorcycle production

The management of Ducati Meccanica was put in the hands of Giuseppe Montano.

Montano’s idea was to turn sporting successes into a testbed for the development of mass production bikes.

Over time, this policy gave Ducati a reputation as a manufacturer of sports bikes and was essential for the transformation of Ducati into a cutting-edge company.

Moreover, in the ’90s, while the most sophisticated technologies and Made in Italy style and design are making their way all over the world, art meets motorcycle.

In fact, in this period born immortal icons such as the Monster and the Ducati 916.

We must not forget the Scrambler, which celebrates its success with its expressive power.

In these last twenty years, owning a Ducati means belonging to an exclusive motorcycle club.

Thanks to these peculiar characteristics, Ducati lovers have kept their desire and passion to live a real and adrenaline experience unchanged over time.

And what better way, if not on a red motorcycle with which to dart through the streets of the world?

Don’t miss our other articles here on WOOLF!